Cannabis is an annual, flowering herb. It is widely accepted as being indigenous to and originating from Central Asia. Cannabis plants produce a group of chemicals called cannabinoids, which produce mental and physical effects when consumed. The plant is also known as hemp, although this term is often used to refer only to varieties of cannabis cultivated for non-drug use. In Australia, it is understood as a prescribed medicinal treatment, accessible through your GP.
Cannabis contains many cannabinoids. THC and CBD are believed to be two most important cannabinoids that play a role in the effects of cannabis. The effects of cannabis depend on the cannabinoid profile of the plant which can vary widely within the labels ‘Sativa’ (CBD) and ‘lndica’ (THC). The buds of the plant are smoked, vaporised, used in cooking or tinctures to achieve the desired effects. In the early 20th century, it became illegal in most of the world to cultivate or possess cannabis for sale or personal use. Cannabis has depressant, psychedelic and stimulating effects, but does not slow down the Central Nervous System (CNS) as most other depressants do. 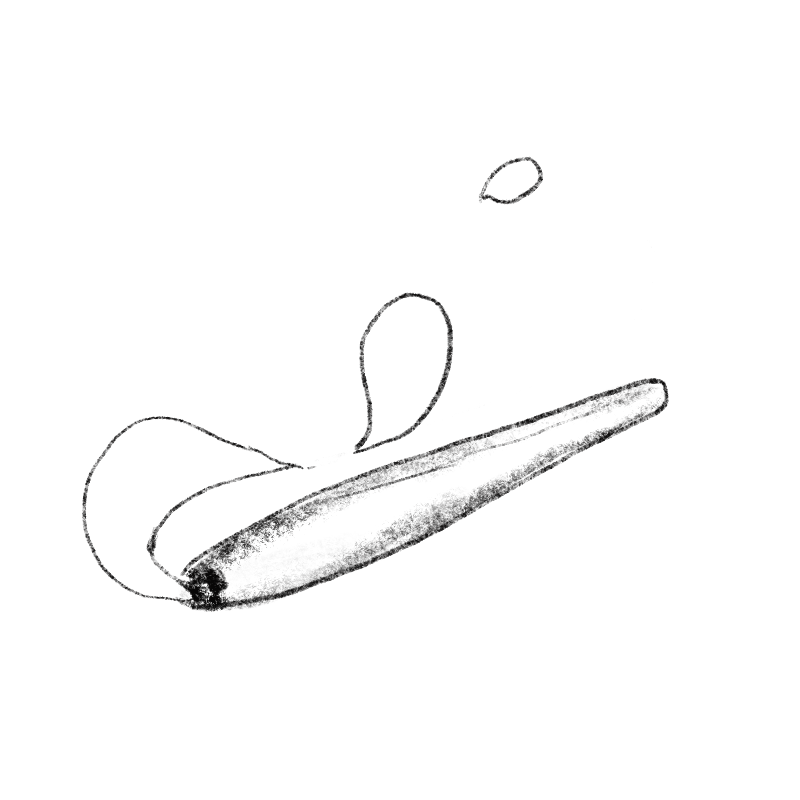 Cannabis is most commonly smoked but can also be vaporised, eaten, infused into food and beverages, tinctures, topicals, patches and ingesting raw cannabis.

Half life: Even though the apparent effects of the drug wear off after a few hours the half life for THC/CBD can be far longer. This builds up over time and regular cannabis users may have the drug and its metabolites in their system for days and even weeks after stopping.

In roadside and workplace drug tests, police and employers are only testing for THC. They aren’t looking for CBD, as CBD is non-intoxicating and is not known to affect cognitive abilities like motor skills or judgement.

Roadside Police:  THC (Cannabis) is tested for in roadside drug tests and is detectable in saliva tests for 24-48hrs+. In Australia, it’s illegal to drive with any amount of THC in your system – that means that the roadside tests which are used (saliva swabs, blood, and urine tests) are not testing for impairment, but simply the presence of THC which can stay in your system for a large amount of time.

Workplace: OHS law gives employers rights to test employees for drug use. This should be contained in workplace policy, it should be reasonable, and a risk assessment should be done to determine whether testing of employees is appropriate.  THC can store in your fat cells and accumulate in the body even in trace amounts – depending on body fat composition, frequency and levels of use, there is a potential for a failed drug test weeks after your last dose.

POTENTIAL BENEFITS AND SIDE EFFECTS

EFFECTS
Effects vary from person to person. The effects of cannabis greatly depend on the CBD and THC ratio.

The following are general effects: Could apply to some strains or common in hybrids.

In an unregulated market it’s impossible to know the purity or dose of any drug.  ‘Dose’ depends on the form a drug is in (leaves, powder, oil, shatter, hashish) and how you have it (inhale or ingest).

DID YOU KNOW ABOUT TERPENES?
Terpenes are the fragrant oils secreted from the same resin glands that produce cannabinoids on marijuana plants. Most notably, Terpenes are known for the aromatic qualities that they instill within marijuana flowers. They also naturally protect plants from bacteria, fungus, insects and a variety of other environmental stressors.

Terpenes bind to receptors in the brain, much like cannabinoids do, and they are known to act as serotonin uptake inhibitors, enhancing norepinephrine activity (many antidepressants do one or the other). The specific way that each terpene binds and interacts with neurotransmitters determines the effects felt by the user.
Terpenes also interact with THC and CBD, augmenting or subtly altering the effects of these and other cannabinoids. Understanding the science of terpenes can help you find the strains that work best for you. For more information check out this video resource.

POTENTIAL BENEFITS AND SIDE EFFECTS

‘Set’ is the mindset a person brings with them and includes the physical, emotional and spiritual condition of the person, their expectations about the drug’s effects and how they will react to it. ‘Setting’ is the environment that a person is in, including the social environment, who you are with and the physical surroundings, e.g. at home, at a festival or an unfamiliar location. For psychedelic drugs, more so than other psychoactive substances, set and setting are very important in determining the nature of the experience.

Carrying Cannabis and paraphernalia (e.g. Smoking / Preparation equipment) puts you at risk of criminal charges including trafficking, even if you don’t deal.
In Queensland the maximum penalty for personal use Cannabis possession is as follows:

It is not recommended to use Cannabis if you have or are at risk of:

Polydrug use has many possible outcomes. What could be fun for one person could be dangerous for another. We recommend you proceed with caution.