My Experience with GHB 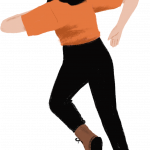 On a nice sunny day in summer a friend of mine brought over some GHB also known as liquid fantasy or frank. Me and two other friends who were there decided to have a dose of GHB. I have taken GHB quite a few times, so I knew what I was taking, what to expect, and how much to take, so it wasn’t something I was trying for the first time. I was with people who I trusted and have known for quite a few years. So, my girlfriend and I decided to have it first, I had only 1.5mls and my girlfriend had 3mls. After only about 5-10 minutes it hit me like a ton of bricks.

I was feeling hot so I decided to go and have a shower to cool down, so I got into a cold shower, thinking it would lower my temperature because I could feel my body overheating. While I was in the shower, I was feeling weak and I was losing the feeling of my legs, so it was becoming hard for me to keep standing in the shower. So, I got out of the shower with quite a lot of trouble cause my shower is a bath and shower in one, so it was really hard for me to lift my leg over the bath to get out cause at this stage I couldn’t feel my legs at all. I finally got out of the shower and walked to my bedroom which was only a few steps away and fell on the bed completely naked I had no control of my body; I had no control of my hands, arms or legs and I couldn’t speak either. My hands were retracting in ways that I didn’t have any control of. My body felt hot; I was seriously overheating. All I remember is wanting to get back into the shower to cool down, but I couldn’t. As I was lying down on the bed, all I wanted to do was get up and go and be with my other mates who were downstairs, but I couldn’t get up and as much as I tried the worse I got. I started getting really bad stomach pains, they got that bad I started crying and screaming in pain. While I was screaming in pain I started dry retching and wanting to throw up, but all I could do was spit and spit. Then while the pains and the throwing up continued, my body was still over heating (all at the same time). Suddenly, my body started fitting and my heart was beating at hundred mile an hour I could see my heart beating outside my body. I was trying to yell out to someone to call an ambulance, but no words were coming out of my mouth.

I HAD NO CONTROL OF MY MIND BODY AT ALL. In the thirty long years of using drugs this is the only time I thought I was going to die or end up a vegetable and might need someone to look after me 24/7.

The ONLY bit of advice I can give from this event is ALWAYS HAVE LESS BECAUSE YOU CAN ALWAYS HAVE A BIT MORE!!

At QuIHN NSP we stock 1ml syringes (instead of dosing with a 3ml or 5ml or even 10ml). Always dose small to survive, instead of a huge dose and die! Because if the small dose wasn’t enough, at least you will live to have another dose!