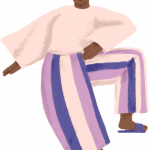 When I heard the theme for this was around aging… or should I saw ‘experience’, I started to think about the changes I have seen in my 41 years on the mortal coil.

And I found myself saying ‘back in my day’.

But for this topic, I had to go further back than ‘my day’ when I had the thought;

How did some drugs become illegal in the first place? And what drives our current drug laws?

If you read your local paper and hang around social media too long you will assume drugs are illegal because they are dangerous, but it seems that it’s not all related to their relative risk or harm.

Logic tells me, if that was the case alcohol and tobacco would only be available on the deep dark web.

At various times around the world, coffee has been illegal and cocaine has been widely available, so I think you will find there are other reasons.

I read a fantastic article in The Conversation and one of those rason it seems is;

Before federation in 1901, very few laws regulated the use of drugs in Australia. The first Australian drug laws in the early 20th century imposed restrictions on opium, primarily as a means to discourage the entry of Chinese people to Australia.

Most of the arguments to maintain current prohibitionist drug laws continue the moral objection to drug use that began in Australia with our early race-driven opium laws.

Drugs like opium, morphine, heroin, cocaine and cannabis were all prohibited in Australia well before their use became widespread or problematic.

It seems that this timeline speaks more to our country’s desire to maintain international relations, particularly with the United States.

In 1909, Theodore Roosevelt was busy convening an international opium conference which eventually resulted in the International Opium Convention that Australia signed in 1913 and by 1915, uniform legislation would be enacted in all States, regulating how opiates were sold, in what quantities and to whom.

It wasn’t until the 1960s that recreational drug use became a social concern and it was around this time that cannabis, heroin and new psychedelic substances like LSD became more commonly used for pleasure or the pursuit of spiritual enlightenment.

But we know that since the beginning of recorded history, people have been taking mind-altering substances and around 43% of Australians have tried an illicit drug at least once in their lifetime.

Regardless of the reasons, there is still no evidence a prohibitionist approach to drug law has reduced the supply of illicit drugs, instead, we do know that organised crime has increased, and we certainly know that it acts as a barrier for people seeking help.

Many of the drugs that currently carry criminal penalties began life as a medicinal therapy, opiates, cocaine, MDMA and amphetamine were often available over the counter at pharmacies or through licensed sellers.

I found some fantastic advertisements of some such products and there are to be found, there are some great books on the topic, some great sites and super interesting facts. This little article is just to get you thinking.

My hope is our next-gen and the ones that follow will google (or whatever the high-tech version of that is!) they will look up 2020 and be blown away at how far they have come. That prohibition is a thing of the past and they all spend a minute to think of how blessed they are that our punitive drug laws are well and truly a thing of the past.